What is the Difference between Nike and Asics Running Shoes?

Nike and Asics are two of the most popular running shoe brands on the market. They  may have overlapping target markets, but they also have some important differences that you should know about before making a purchase. This blog post will detail what exactly those differences are so that you can decide which brand is best for your needs.

A Brief Introduction of Nike 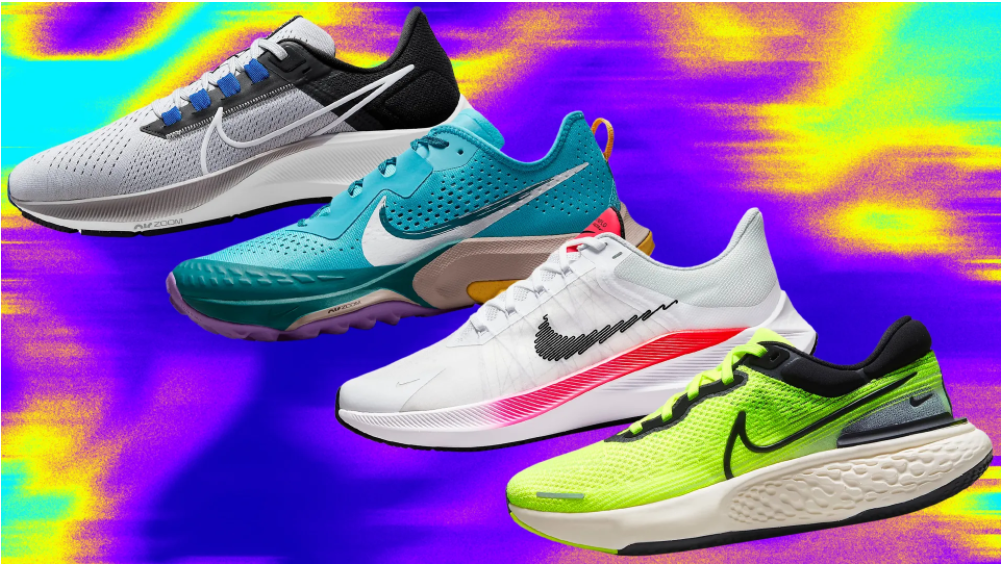 Nike is the world’s largest largest supplier of athletic shoes and apparel and a major manufacturer of sports equipment.This brand, originally known as Blue Ribbon Sports (BRS), was founded by University of Oregon track athlete Philip Knight and his coach Bill Bowerman in January 1964 before becoming Nike in 1971. The name was taken from Nike, the Greek goddess of victory. The company was first made as a distributor for a Japanese shoemaker Onitsuka Tiger. Bowerman then made his first shoe for Otis Davis who later went on to win two Olympic gold medals in 1960.

A Brief Introduction of Asics

Asics is a Japanese company, founded in 1949, when Kihachiro Onitsuka began making basketball shoes in his living room in Kobe, Japan. He soon expanded to running shoes, and his first pair, the Marathon Tabi, came out in 1953. His business grew, and in 1977, he merged it with two other companies and began selling footwear in the United States. He also changed the company’s name to Asics, an acronym for the Latin phrase ”Anima Sana In Corpore Sano” (a sound mind in a sound body). Since then, Asics has grown into one of the premier running shoe companies. Over the last years, Asics has grown to designing and manufacturing shoes and apparel for sports. Their running and tennis shoes are so popular in the US.

Nike uses a wide range of materials to produce their running shoes. Their main materials include polyester, rubber, eva foam, cotton, synthetic leather, Nike flyleather and recycled nylon. Also taking into consideration the environment and the fact that the material choice is what makes 70% of the footprint of a product, Nike chooses very carefully.

Asics is focused on developing further its technology and is one of the best running shoe companies in the world. Asics is doing a lot of research on materials like recycled polyester, N.C. Rubber and Solyte.They were light and gave you the best possible support.

ASICS almost always uses gel for cushioning. While Nike is more experimental and tries out different things, they still seem to rely mostly on air. Certain runners prefer gel cushioning, others prefer air cushioning. However, there are also a lot of runners who claim that they don’t really feel the difference.

Nike and Asics have different designs for different functions. For long-distance running, Nike designs shoe that offers great comfort and stability. Having more Nike React foam with higher stack heights makes them one of Nike’s most cushioned trainers. They are lightweight, a feature needed in a trainer used for a long-distance run. Asics equip these shoes with technologies to improve the performance of runners. It offers great cushioning and a responsive stride.Featured with a softer GEL™ cushioning unit in the heel, they offer great shock absorption.

For running faster, Nike equips the sneaker with a translucent material that makes it look as breathable as it feels. The best feature is the feather-light upper and the rubber outsole that absorbs impact. Asics designs NOVABLAST™ shoe which is is perfect for those runners that are searching for premium comfort while having the best design and the best premium shock absorption.

For trail running, The Nike Juniper Trail offers the best support for your off-road runs. It’s projected to be used on rocky trails while giving you the best support. They are very lightweight and their mesh throughout the upper increases breathability. Considering flexibility, Asics designs trail shoe with only 204g weight to offer the best support.

Both Nike and Asics running shoes are comfortable. They differ a little in size. most runners with wide feet tend to prefer ASICS because they have a lot of models that are optimized for people with wider feet. Note that this doesn’t mean that every single Nike shoe runs small, but ASICS seems to put more focus on wide footed people.

The sizing of Asics running shoes is comparable with Nike running shoes. The only difference is that Asics tend to run slightly wider than Nikes.

When it comes to pricing, Asics running shoes will usually be cheaper than similar Nike running shoes. So for runners on a budget I would lean towards Asics more than Nike.

Having compared these two brands, it ‘s so hard to choose the better brand. Both brands have tons of different running shoes.What’s really remarkable as well is that almost all list that cover the “best running shoes” will have both ASICS and Nike shoes included. It’s pretty safe to say that both brands are huge authorities within the “running shoes” niche.When it comes to design, Nike is way better because Nike is nearer to Europe’s standards of fashion. If you have wider feet, Asics will be more comfortable. Anyway, the decision on which running shoes you want to get will be based on your own preferences and needs.